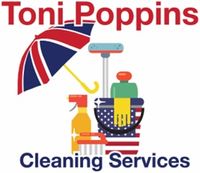 In 2019, Ned Fasullo created the Salute to Sinatra show to act as a fundraising method to allow people to come and enjoy music from a bygone era while supporting a deserving local charity organization. That inaugural performance was by all accounts a huge success, but the pandemic put the brakes on future performances - until now.

Join us on November 3, 2022, as Salute to Sinatra 2 returns to the stage, this time at the LSU Union Theater! This state-of-the-art theater will play host to some of the best musicians in Louisiana joined together to perform some of the most beloved hit songs from the Chairman of the Board himself - Frank Sinatra.

“Call him a saloon singer, an entertainer, or an icon, Frank Sinatra encompassed the true nature of the American dream. Rising from poverty to the upper echelon of entertainment, Sinatra set the bar for the Great American Songbook, working with all of the best arrangers, composers, musicians, and fellow entertainers to create one of the largest and most played catalogs of popular American standards ever. This show is a tribute to the sights and sounds and emotions of the music from the man known as Ole’ Blue Eyes and the Chairman of the Board. We will be performing with a full 16-piece big band orchestra made up of the finest musicians Louisiana has ever seen, performing a who’s who of Sinatra’s greatest hits. This is a show not to miss supporting a wonderful organization.” Ned Fasullo

The performance will showcase two 45-minute sets of Sinatra's biggest hits separated by a brief intermission. Ned gives info and discussion about each song's history, composer, arranger, and more and entertains backed by his 16-piece big band orchestra! This year, a portion of our proceeds will benefit Alzheimer's Services of the Capital Area.

CHOOSE YOUR LEVEL OF SPONSORSHIP

Named & featured sponsor of the event
Logo on show program, full-page ad in program, logo on website, logo on billboards, social media and email, and live mentions during the show.
Access to VIP pre-show party.
30 tickets in the VIP seating section.

Logo in the show program, ½ page ad in program, logo on website
10 tickets in the VIP seating section

Logo in the show program, ¾ page ad in program, logo on the website.
Access to VIP pre-show party.
16 tickets in the VIP seating section.